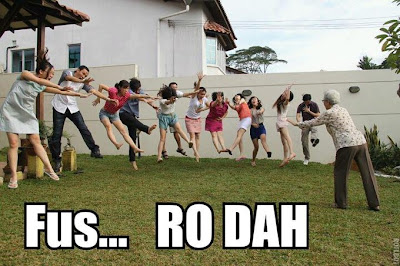 With about fifty hours in, I've completed about as much of Elder Scrolls V: Skyrim (on the 360) as I'm likely to. It's been a great break from fixing bugs in our upcoming games. Skyrim is more fun that iOS development. You heard it here first.
I've done the main quest plus whatever side quests were interesting or insane enough to attract my interest. I don't want to write a full review because it would be entirely redundant. Everyone already knows it's an excellent game.
Instead, I wanted to say a few quick things about what worked (or sometimes didn't) in Skyrim.
The Quest Writing
For a game this size, with multiple quest chains long and involved enough to feel like full games in themselves, uneven writing is to be expected. Some of the major quests were, indeed, better than others in this regard.
I thought the best writing, going away, was in the Dark Brotherhood (assassin's guild) quest. It was over the top, deranged, and entirely fun. Alas, since players tend to shy away from the evil and deranged, most people won't get to enjoy this bit of concentrated insanity. It's a pity. In Skyrim, having a voice in your head telling you to kill people isn't a handicap. It's a career choice.
Sadly, I thought the least involving writing was in the main game quest, which was just another retelling of, "See that guy over there? He's evil. Kill that guy." Except, in this case, "that guy" is a dragon without much dialogue or presence in the story. The storyline would have been much more involving if the player were able to have more interaction with the main villain.
On the bright side, while the Empire and Rebel quest lines get a tad repetitive (with all those fort assaults), they also do a great job of depicting an epic struggle, full of sacrifices, risks, and hard choices. The bit where the Jarl of Whiterun tries to decide which side to support was really suspenseful and nicely done.
Selling Items
All fantasy RPGs have tedious inventory management and selling of stuff. It's just part of the genre. In recent years, designers have looked for ways to make the economic side of things go faster and eat up less precious play-time. The best example of this is in Torchlight you can have your pet dog take all your junk back to town and sell it for you.
Thank you! More killing, less realism!
But in Skyrim ... Look. If you want to have each shop only buy a limited range of items, fine. And if you want to have shops have a limited amount of gold, fine. And if you want to have stolen items only bought by one character, who doesn't have much money on hand and is well out of the way, fine. But having all three of these means that you hate me.
You might say, “Hey, they want a more realistic feeling world.” Fine. I get that. Just bear in mind that when someone says he played Skyrim for 60 hours, at least 20 of those were spent trying to find someone who will buy eleven pairs of elven boots.
(Yes, I know you can buy feats to change how this works. I prefer to spend my feats on the sort of combat skills that keep me from getting slaughtered the moment I try to ride to the next town, thank you.)
Killing Elves
You spend a lot of time in Skyrim killing elves. In this world, elves are obnoxious and ugly, and you kill them.
This is awesome.
The World Map
The roads in Skyrim are really nicely laid out. I spent just the right amount of time wandering around lost. In a big world like this, you want the player to get lost sometimes. It's a rare pleasure to have a game you can actually get lost in.
On the other hand, I've looked at a lot of maps in my life, and I've never seen one where the cartographer drew in the clouds. Having the in-game world map be a depiction of Skyrim as seen from space, clouds and all, is malicious. It really obscures where you can and can't go.
(Also, the printed map that comes with the game has inaccurate and incomplete roads, and the roads are the most important part of the map. Paper maps are awesome, but the developers should give them a once-over to make sure they’re accurate. This is just the sort of extra that gets people to buy instead of rent.)
Arrow In the Knee
I know I'm supposed to think the whole "Arrow in the knee" meme is overplayed. Sorry. Still cracks me up every time. Especially whenever a guard passive-aggressively says it to me as I run by.
Awesome Evilness
If you are ever in Markarth and some guy asks you to help investigate an abandoned house, do that quest. It's really, really, really evil and deranged. Its audacity should be rewarded with play. In fact, play through it in front of your loved ones. My wife watched me play it and, a few weeks later, she can almost make eye contact with me again.
It's a Great Game
OK. Done nitpicking. It's buggy, sprawling, uneven, and an entirely brilliant game experience. It overwhelms you with sheer size. You can't go for a horsey ride for five minutes without the game trying to distract you with some new cool thing. You can simply get lost in it.
After what seems like an endless parade of games where you mindlessly shoot/slash your way down a corridor, see a cutscene, and then are funneled down another corridor, Skyrim is a delight.
Posted by Jeff Vogel at 4:08 PM