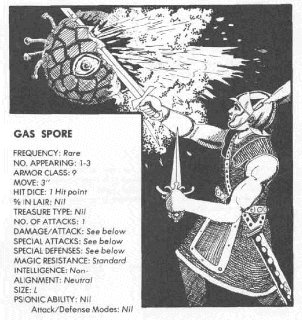 I will never, ever forget that day in fourth grade. It was recess, and, as all the other kids ran outside to play, a few of the boys pulled out sheets of paper, some odd-looking dice, and a thin blue book with a dragon on the cover. I asked what they were playing. Something called Dungeons & Dragons. I asked if they would teach me. They said yes.
It was at that moment, to borrow a phrase from Stephen King, that I put my hands on the lever of my destiny and began to push.
(You may expect a self-deprecating joke at this point, something about how I played it until I discovered girls, or something like that. If you expect any signs of shame in my D&D obsession, you have come to the wrong damn blog. And I only dated girls who enjoyed playing the game with me, thank you very much.)
I almost never play tabletop RPGs anymore. I would like to, and my friends have been nagging me to run a game for years. But adult life, especially when you are a parent, is merciless. Happily, I will someday be retired, and then I can run all the campaigns I want for any D&D fans who are still alive.
The recent announcement that they were starting work on 5th edition D&D made me think back happily on all the different flavors of the game along the way. Come! Join me on a little tour through Back In the Day ...
Dungeons & Dragons (White Box Edition, 1974)
Never played it, as I was practically an embryo. I have read the rules, though, and they read like they were dictated during a fever dream.
First Edition (1977)
Which is to say, Advanced Dungeons & Dragons, as opposed to the Basic Set, or the Expert set. Things got a little confused back then.
Old people like me look back with great nostalgia on early D&D. This is the version I've spent the most hours playing, and remembering how exciting and new it was tends to make us forget the problems the game had.
Enormous, epic problems, caused by the fact that its creators didn't have decades of RPG design to draw from. Don't be fooled by the mutterings of the grognards. First Edition was only playable with piles of house rules and plenty of spit and duct tape. Everything about it was rough.
What was wrong? Where to begin… how about that new wizard characters (called "magic users," in a glorious lack of poetry) could only cast one spell a day. These players spent the rest of their time running to the store to get chips and Coke for the kids who were actually doing things.
Or how, when a poisonous monster bit you, you had to roll a high number or your character just died. What? You rolled a 7 instead of a 12? That's it for you. It must suck to be such a terrible player.
Or how most undead, when they hit you, drained your levels away permanently. It was as dreadful as it sounds.
It was, in gamer-speak, super hardcore. And you know something? Sometimes I miss it. You were genuinely scared of monsters back in those days. It was exciting. And, now that I think about it, characters should die more often. It makes things more exciting, and you get to try lots of different classes.
In the end, after years of play and feedback, it was clear that much had been learned and that the rules should lead to a lot more fun. Thus, Second Edition.
(To be continued in the next post.)
Posted by Jeff Vogel at 7:26 PM

Email ThisBlogThis!Share to TwitterShare to FacebookShare to Pinterest
Labels: back in the day, dungeons and dragons, humor