How Indie Games Can Be Cheap and Awesome 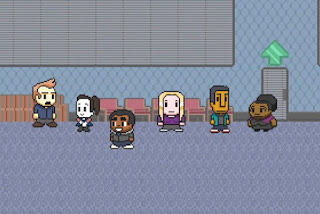 I got to go to PAX over the weekend and be on a panel and see cool gaming stuff and meet lots of cool people and fans of my games. One of the things I learned is that a lot of people actually read my blog. This is very gratifying. Although it terrifies me that anyone thinks my opinion is in any way significant.

PAX is great, of course. Though it is in the unenviable position of being permanently unable to satisfy the massive demand for tickets.

(Sure, its success will probably invite others to copy it with their own gaming cons, but those dopplegangers won't be the same without the presence of all the big companies showing off their stuff. And big companies won't go to a lot of cons, as they need to set aside at least a little time to make games. So, from now on, if you manage to score a PAX badge, just cherish it, knowing that your attendance the following year is unlikely. Just think of PAX as a hot but extremely unstable boy/girlfriend.)

I had a lot of little epiphanies while looking at the many, many highly promising indie games on display at PAX. (The PAX 10 looked cool as always, but the much flashier Indie Megabooth next door seemed to be sucking up its oxygen.) And here is the biggest one:

16-bit graphics are an awesome thing, and more indies should use them.

If you are a small game developer, you have a big problem. You want your game to look great. But graphics can be expensive. Or very expensive. 16-bit graphics solve the great mystery of writing a game with a small team and no budget: making decent production values cheaply in a short amount of time. 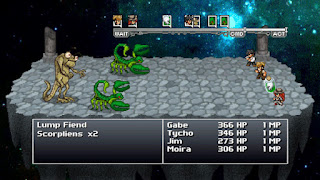 Here is what 16-bit Nintendo-style graphics have going for them:

2. They look good. It's amazing how evocative an icon you can make with a few well-chosen pixels.

3. They're cheap and quick to make. One talented artist can produce a game's worth in an entirely reasonable amount of time.

4. You have the power of nostalgia working for you. To a whole generation of gamers, those icons are as warm and comforting as a Snuggie.

5. Because of #4, anyone who takes cheap shots at your graphics looks like a jerk.

6. Versatility. With care, they can blend with much more detailed and 3-D effects. Fez is a fantastic example of this. You don't have to be pure when you use this style.

Right now, this style of graphics is seen as a pure nostalgia play, a way of saying, "Look! We look like a Nintendo game! We're silly! Tee hee!" But I think 16-bit graphics are better than that. They've been used in a million great games, and they can be used in a million more. The more people use them, the more they will be seen as an entirely legitimate art style, which in turn will make them available to more generations of poor, promising designers.

Indie devs, don't be afraid to be cheap! It is your sacred right and responsibility as an Indie!