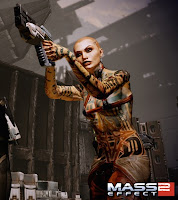 (And hey, Bioware, still love you, right? Let's not let this little tiff interfere with our deep and lasting relationship, OK?)
Posted by Jeff Vogel at 3:43 PM