Why Nobody Should Ever Change Anything, Ever.

One of the biggest criticisms leveled at me over the years is that I only write the same game over and over again. This fills me with bitter, ironic laughter, because of one thing. Whenever I change anything, I get lots of angry E-mail asking me to change it back.

I've learned a lot running this business. Many lessons, most of them learned painfully. And I have gained no more aggravating bit of knowledge than this one:

There is no change you can make to your games, no matter how clearly obvious or beneficial, that will not anger some of your fans.

And a brief corollary:

If the change doesn't make someone angry, it didn't matter.

My first game, Exile, released in January, 1995, looked something like this: 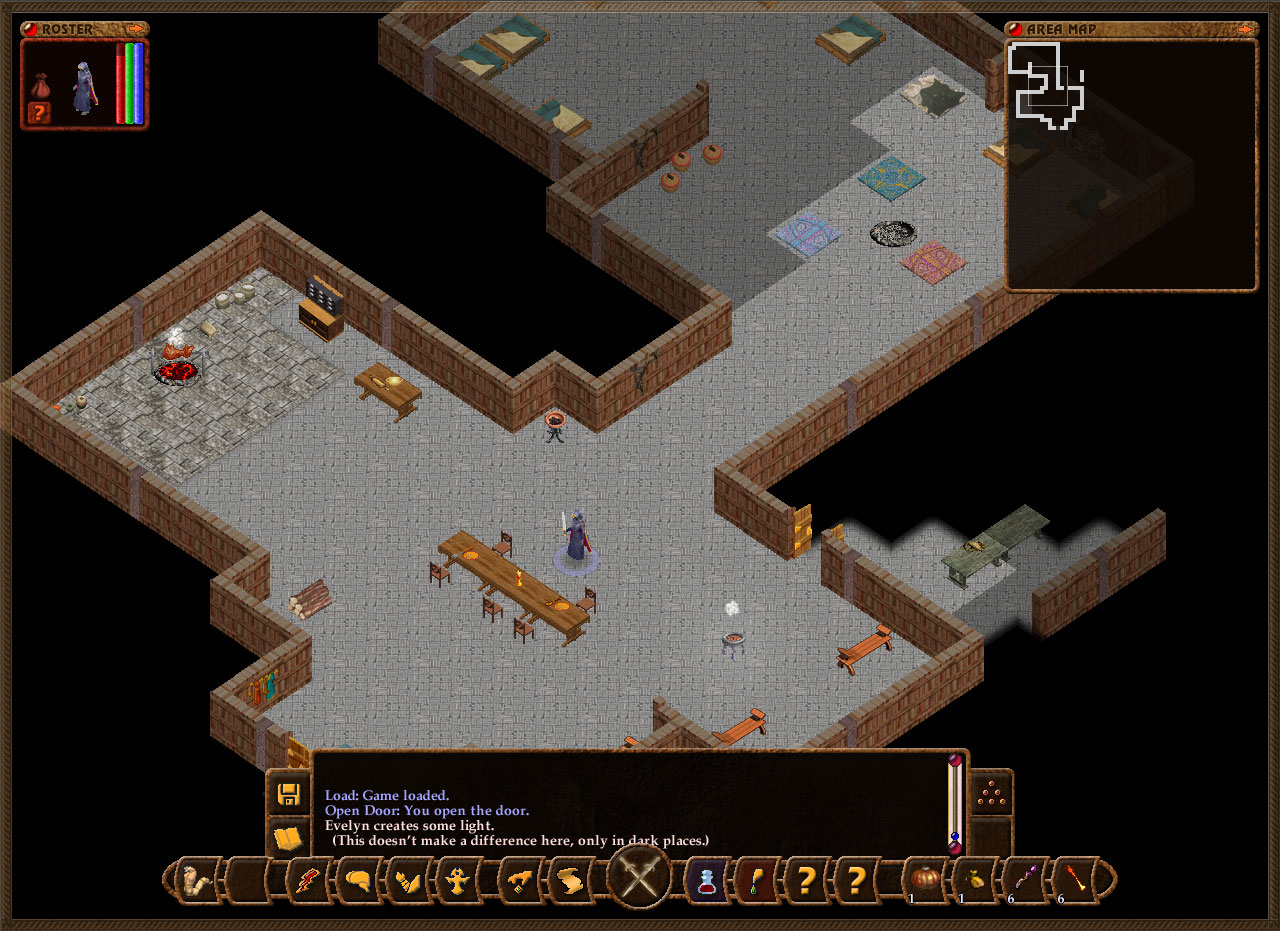 As you can see, I have changed just about everything. Repeatedly. Graphics. Style. Interface. And the game system underneath. Everything has been redone, and, as I learned more, redone again. And while not all of the changes have been beneficial (and were then re-changed in later games), the process has been one of evolution toward betterness.

And every change earned me angry e-mails and lost customers. I've gotten more, "Why have you forsaken me? I am lost to you forever." E-mails from customers than I could ever count. It's a depressing thing to happen when you've been really busting your butt and your budget to bring about improvements. But you have to live with it. You just have to steel yourself and always remember this:

Case Studies From My Own Experience

Here are some hugely beneficial (and profitable) changes I made which earned me fury and lost customers.
Now the more contrary among you might be thinking, "Well, maybe people complain because your so-called improvements actually suck. How about that? Huh? Huh?" Not likely. Historically, when I made major augmentations to the engine, I've seen increases in sales. If the changes I made sucked, I would not still be in business. So give me the benefit of the doubt.

And I should point out one more thing. if someone doesn't like a change, well, you can't win an argument with a customer. If they don't like it, that's their right. They'll have to find their bliss somewhere else. It is your job to make sure that your changes bring in customers to replace the ones you lose.

So What Should I, a Game Developer, Do?

Forewarned is forearmed. You can't do anything about this phenomenon, but you should steel yourself for it so you don't suffer shock, self-doubt, and potentially catastrophic second guessing.

Be sure the changes you make are worthwhile. Be sure that your community of fans is warned about them, so that the culture shock is lessened. Be apologetic but firm to the people that complain about improvements. And be confident. Remember, evolution is necessary. Making the same people happy forever is a surefire route to stagnation and burnout.

One More Thing, For Those Who Are Angry At Me Changing Things

Despite what some people think, I am constitutionally incapable of writing the same game again and again. Writing more than three games without major changes in the engine or system or setting would drive me out of my mind. I need to change the system so that I can open up new design spaces. I need to change the graphics so I don't go loopy staring at the same icons day after day.

There are some people out there who claim they would be honestly happy if I just rewrote Exile, again and again, year after year. But I can't do that. Nobody can. You should always be looking for ways to evolve your work. It'll keep you from going crazy.
Posted by Jeff Vogel at 7:42 PM

Email ThisBlogThis!Share to TwitterShare to FacebookShare to Pinterest
Labels: advice, back in the day, design, indie, tldr